“We’re just here with lots of questions,” Tony Rowe says, “and our lives are held in the balance.”

Tony has been hearing a lot of those questions. He’s a local union leader in North Dakota with the Federation of Indian Service Employees, which represents thousands who work for federal agencies mandated to provide services to tribal communities. Many FISE members are Native American and are employed in federal offices located in cities, towns and tribal lands across the country. FISE is an affiliate of the AFT. 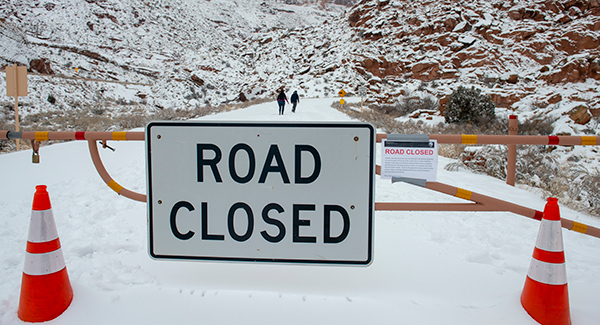 Mention the shutdown and Tony quickly points out how angry his union members are about the stalemate. He shares their sentiments: “This is happening because of a temper tantrum. Donald Trump is holding the American workforce hostage. As president of the United States, you’d think he’d be more concerned about protecting America’s workforce instead of his own ego.”

As a corrections officer at Fort Totten on the Spirit Lake tribal lands in North Dakota, Tony is considered an essential employee and has been working for weeks without pay.

“The big thing about Indian country is that so many of our local services are provided by the government, everything from road maintenance to healthcare, and those things are all coming to a stop,” says Tony. “The damage they are doing by keeping the government closed is putting people’s lives in chaos. Some of us have large families. I have six children, three grandchildren; people rely on me to bring home that paycheck.”

Thousands of miles away in Alaska, Dena Ivey is caught up in the same chaos. She’s also a FISE member and is a furloughed probate specialist in the Anchorage office of the Bureau of Indian Affairs.

She describes her life as a perfect storm. First, many of her belongings were destroyed in the recent earthquake that struck Anchorage in November. Now, she’s furloughed without pay.

“We were already tight on money—I’m beset with student loans and trying to raise my 9-year-old son. Our lives were already fragile, luxuries were never a possibility anyway.”

Dena is selling some of her belongings on Craigslist to get by. She’s filed for unemployment and is waiting to hear back.

Both Dena and Tony bristle at the mention of claims that Trump has made about federal workers. To Tony, the president’s suggestion that some workers were on strike was particularly insulting. “Federal employees are not allowed to strike—it’s illegal and that’s very clear in our contracts,” Tony says. 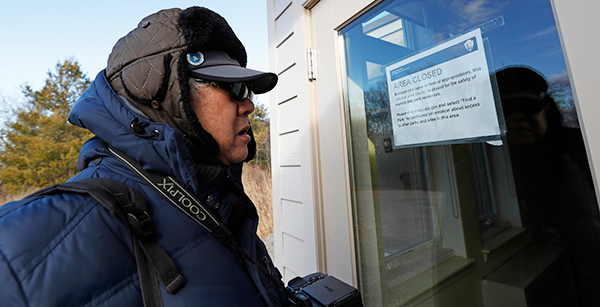 Dena refutes the political notion that federal employees are all Democrats. “It’s not true,” she says. “But more importantly, it doesn’t matter where you are on the political spectrum, this is hurting all federal workers the same.”

Both AFT and FISE members stress that the gamesmanship must stop. It’s hurting ordinary people and upending their lives.

“I’m ex-military,” Dena says. “I understand why this might be something military members would have to accept, but now I’m a civilian federal employee. We shouldn’t be forced into employment conditions that we never agreed to. We’re being held as pawns between the branches when one side wants something and the other side doesn’t. It’s not appropriate, and we never agreed to it.”

“My members are feeling like political pawns,” Tony says. “Here in Indian country, people don’t know how they’re going to feed their kids, buy diapers, do simple, normal, everyday things that are suddenly uncertain. The government needs to re-open now.”