Weingarten: Educators must save democracy

“Teachers have always had power,” AFT President Randi Weingarten told the crowd at the TEACH opening plenary Thursday afternoon. “We need to own our power. And we need to build our power so we can move our agenda—for our students and our families; for safe, welcoming and well-funded public schools; for affordable higher education; healthcare that is a right, not a privilege; a living wage; a decent retirement; a healthy climate and a strong democracy.” 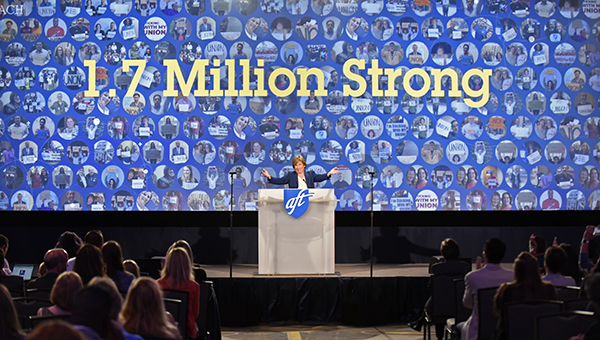 Weingarten drew roaring approval for her recognition that educators, including paraprofessionals and support staff, are playing an increasingly crucial role in shaping the nation’s agenda. For example, the teacher strikes were “an amazing inflection point, making clear to America that teachers want what students need,” and the strikes helped win important funding for public schools. AFT affiliates are also winning important improvements to their schools through contract language, ensuring that their students will have a nurse in every school, more mental health professionals and raises for teachers who have gone without pay increase for years. And at the federal level, teacher activists helped pass a bill through the House of Representatives to increase investment in public schools by $4.5 billion, boosting programs like Title I, to fund low-income schools, and the Individuals with Disabilities Education Act.

Educators have a place at the table in a way they did not just 10 years ago when, Weingarten recalled, a Time magazine cover featured a photo of a school superintendent sweeping out so-called bad teachers. “Today, presidential candidates are one-upping each other with their support of teachers and public schools. We have changed the narrative about public education and, in so doing, have helped preserve it.”

Labor has also grown in strength, even after the Janus Supreme Court case that threatened union power. “Janus also inspired us to do more of what we do best as a union—to engage with members,” said Weingarten. “And it reminded us of an essential truth about unions: Together, we can achieve what would be impossible on our own.” 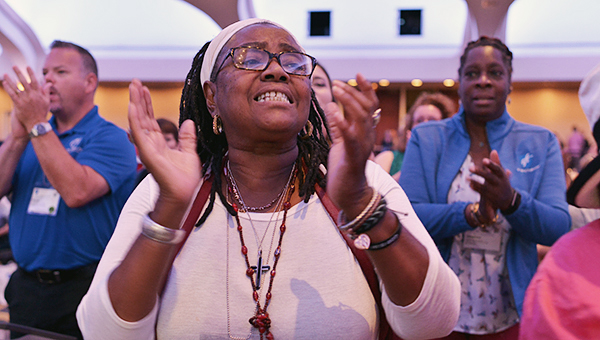 But it’s a fight that must continue. Education continues to be under-resourced, so the AFT has launched Fund Our Future, an initiative that pushes for funding from pre-K through higher education.

“Our democracy is under assault,” Weingarten said. Donald Trump has waged a war on truth and on the press, trampled rights and responsibilities enshrined in the Constitution, scoffed at the rule of law and stoked America’s divisions in order to exploit them, she said. He embraces despots while distancing allies, has put commerce and greed over human rights, and his economic agenda has widened the gap between the rich and the rest of us. In addition, “Our very moral character as a nation is tested when government leaders see immigrants and asylum-seekers not as ‘tired, poor, huddled masses yearning to breathe free,’ but depict them as invaders so threatening and worthless that the government’s inhumane treatment of them—denying children adequate food, sleep and hygiene—is somehow deserved.”

Schools are hardly immune to these challenges: “Our national government has become a platform for the promotion of hatred and prejudice, a pulpit for authoritarianism,” said Weingarten. “Our classrooms and schools are not immune from the toxic political and social climate enabled by the president and his accomplices.” 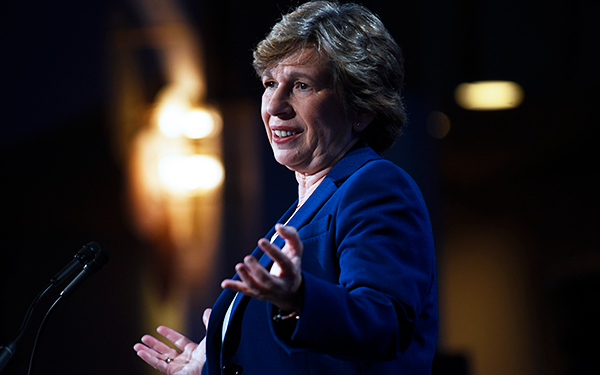 Weingarten lifted up education and labor as two powerful levers for change. “This is not the first time our democracy has been at risk—but today its survival falls on us,” she said. “We are part of two institutions that are essential to the American dream—public education and the labor movement. Public schools and labor unions are the direct pathways to broad-based prosperity and pluralism. They are how people can achieve a better life. And you—AFT members—are at the nexus of both.”

If public education is going to be the great equalizer it is designed to be, it must remain accessible—and that means college education as well. Weingarten announced that the AFT is suing Education Secretary Betsy DeVos and her Department of Education for their role in perpetuating high student loan costs for educators. The suit, Weingarten v. DeVos, holds DeVos accountable for allowing loan servicers to mislead borrowers in a way that prevents them from accessing the Public Service Loan Forgiveness Program—a program that could help them erase their student debt—and instead saddling them with more payments over a longer time period.

Voting must also be accessible, and Weingarten announced the AFT’s partnership with Michelle Obama and her When We All Vote voter registration initiative. “Most of us didn’t become educators because we wanted to be political activists,” Weingarten admitted. “But as educators with a conscience, we can do nothing else. To paraphrase Hillel, ‘If not us, who? If not now, when?’ While I would never ask you to take on all these issues or to go it alone, the fight to safeguard American democracy begins in our classrooms and our schools.”

In some ways, the power of democracy is reflected in the power of educators who can embrace the “freedom to teach,” with “voice, latitude and the ability to think for oneself,” said Weingarten. “When classrooms are freed from the tyranny of testing and test prep, we have time for project-based learning—so students can analyze problems in their communities, figure out potential solutions and advocate for change. When lock-step pacing calendars no longer rule, we can have extended classroom discussions and debates.

“We can model democratic deliberation where disagreements are over ideas, not persons, and dissenting views are respectfully heard, not shouted down; where opinions need to be supported with logical arguments and evidence, and not simply asserted; where discourse is to persuade, not to name call or bully.”

Weingarten concluded her address by again calling teachers to action. “When this moment in history is written, let it be said that America’s teachers rose to the challenge. “That hope won against fear. Aspiration over frustration. And humanity over cruelty. That we defeated demagoguery, and preserved our democracy.”